Profeet’s Marthe (Footwear Technician) has signed up for her first ultra marathon, she will be posting regular updates so we can follow how she gets on in her training and preparation.

Marthe has a 1st class Sports Science degree with Biomechanics from Kingston University, and is a certified Sports Nutrition Advisor. She has previously been involved in a variety of sports such as football, squash and volleyball, she has only recently taken up running. 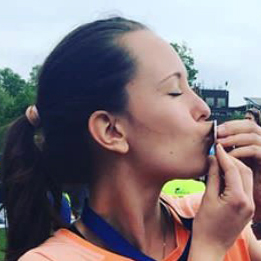 seeing so many of my clients and colleagues preparing for half marathons, marathons and even as far as 100km distances it just got me really motivated to run.”
MARTHE SOLBERG – Footwear Technician

I´m Marthe, and I have been working as a Footwear technician at Profeet for just over a year. I haven´t really run much in the past (except from after a football) and certainly never been particularly interested in running a race even, let alone an Ultra Marathon! So, after running 18.3km at the Wings For Life Charity World Run last May (which was my first race), the most obvious thing to do was of course to sign up to Race To The Stones 50km race.

To be honest, I was not much of a runner before Profeet as you might have gathered, but seeing so many of my clients and colleagues preparing for half marathons, marathons and even as far as 100km distances it just got me really motivated to run. From there I started running a little more frequently with my colleagues after work or on my own at the weekends. My stamina improved quite quickly and soon I was taking on the dreaded 8km run home from work.

I was always very inspired by people who were taking on ultra-distance challenges just to see how far they could push themselves, and it was after a few of my colleagues had walked Race To The Stones last year, I decided that was something I also wanted to do. Although the plan was initially to walk half of the race (50km on the 2nd day of the event), I decided not long ago that I actually fancied training to run most of it (I know… What has gotten in to me?!).

Luckily, when you are quite new to the running community but work in a running lab, people around you are quite happy to help out and give plenty of advice along the way. 15.5 weeks to go and I have just started the 2nd week of my amazing training plan (thanks Dan!) and it´s going well so far!

I am going to be blogging through the whole journey, so make sure you check in on me. 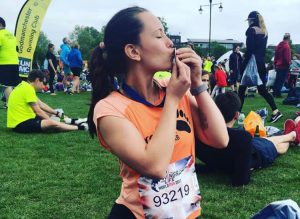