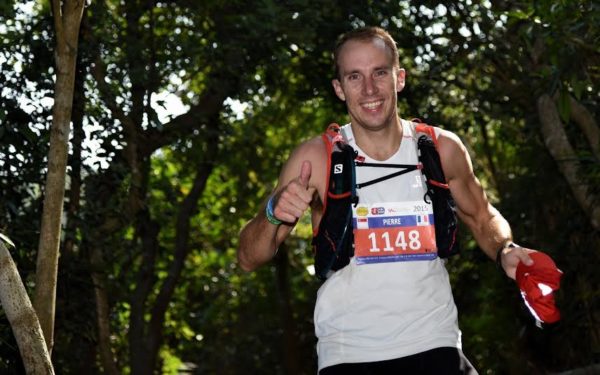 We are delighted to welcome Pierre Meslet to the Profeet team of ambassadors.

Pierre is a qualified osteopath, and we work with him closely at Profeet. He was also part of the medical team at the London 2012 Olympic Games.

We asked Pierre to tell us a little about himself:

I have been running for about 20 years now and have a half marathon PB of 1h17m and a marathon PB of 3h05m, but in the last three years I’ve been focusing on racing ultras.

In 2016 I am taking part at Race to the Stones in July and the Ultra Trail Cote Azur Mercantour (145km with 10000m vertical) in September.

I was a customer at Profeet before I became an ambassador and have found the staff professional and friendly. They genuinely know what they’re talking about when it comes to assessing and advising footwear for long distance runner.

They made me a pair of custom insoles that have made my runs even more enjoyable: it is like running with slippers. Even after a hard 35km session, my feet were totally pain free! I look forward to wearing them for the upcoming 100km Race To The Stones mid-July

Keep tuning in to Profeet for updates on how Pierre gets on.