Barefoot running began when Chris Mc Dougall wrote a book back in 2010 called Born to Run. The book in summary followed the tribe and their way of life which included covering mammoth distances across the lands in just their bare feet. It helped begin the theory that you can become a strong runner without footwear and that maybe it was something runners should be doing more of. 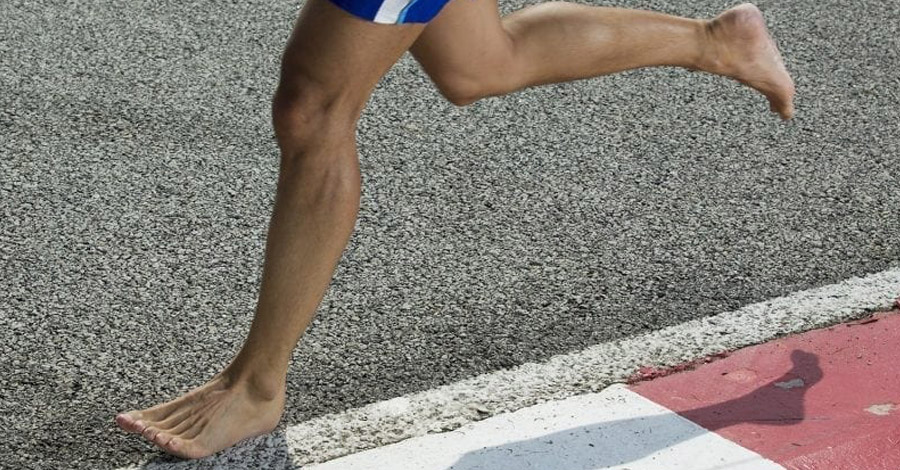 In the same year brands noticed there was no footwear in the market with a ‘barefoot’ sole. In a race to be a first brand to do so some created footwear and marketing with bold claims however, with no solid scientific background. This is and was dangerous and had implications as one shoe manufacture found out. They had a lawsuit filed against them for saying there was “ample evidence” to support barefoot running – this was false, and they were fined an undisclosed amount.

“Running can be the most injurious at the moment the foot collides with the ground”. Lieberman et al. (2010) made this statement in the opening line of their worldly renowned paper on barefoot running. They had no proof, no citation and everyone ran with it…literally.

Data from many papers has been collected over the last decade. The truest finding was concluded by Nicholas et al (2015) that

“…there are no systematic benefits of barefoot or minimalist running over shod running.”

Many papers to date summarise to say that, a lot of data shows that differences in areas loaded are the key factor. It aligns with the theory that you choose your loading area for certain tissues based on how you move. In some runners’ certain tissues may tear and break down, in others they may have no issues at all!

Years later people are still barefoot running. Some sporadically, some constantly with great success. But some have dived in and learnt the hard way and suffered even more injury issues since jumping into the barefoot running world. Ultimately, their needs to be some more research carried out on the long-term injury effects of running barefoot, to help understand the adaptions further.

So much more research is being carried out and theories are constantly changing, so we shall keep abreast of all.