The Evolution of Ski Touring and Hike N Ride Boots

Ski touring was once a niche form of skiing and the reserve of a few, willing to sacrifice skiing performance, from their boots, for the ability to walk/skin uphill more easily. 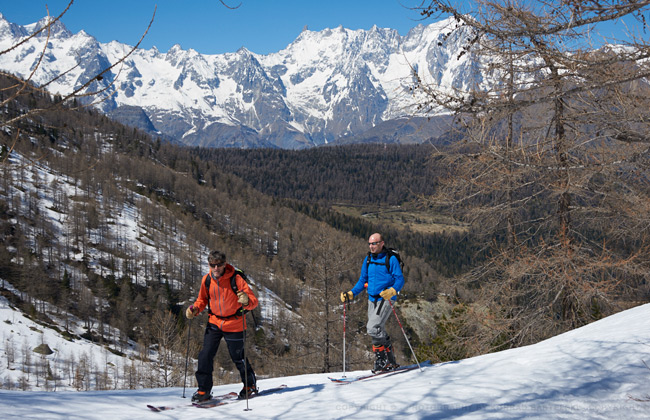 In the 1990s there were only a few niche touring boot brands (Dynafit, Scarpa, Garmont) and even in the late 1990s & 2000s companies such as Salomon shied away from the ski touring markets. The high investments needed to develop a new model could not be justified as the sales were so small. Ski touring boots remained heavy, bad fitting and skiing performance was severely compromised by a combination of shell design and ski/walk function.

This started to change with the advent of fat skies which made off-piste skiing more accessible for every level of skier. The huge increase in the number of off-piste skiers also drove the keener skiers to take up ski touring in search of fresh tracks. With all this growth in off-piste and touring the main ski boot manufacturers started to invest and develop ski boots adapted for some uphill walking/skinning and the category known as “Hike and Ride” was born.

Pioneered by the likes of Salomon with the Quest, and Tecnica with the Cochise, these boots offered skiers the ability to ski the whole resort. They initially featured a walk function that made access to the backcountry and dancing on tables at après easier, and later a walking sole was added that made them far more practical. However, their downside was always weight and the sole and walk mode were always a compromise.

At the same time hut-to-hut ski touring was taking off: both classic touring such as the Haute Route (Chamonix-Zermatt), and also the ultra-style ski touring competitions such as the Patrouille des Glacier (Verbier-Zermat). The traditional touring boot manufacturers were therefore also able more anatomical and better performing boots for freeride skiers and lightweight racing boots for the competitors.

The Freeride and Touring boots being produced today are no longer alpine boots with walk functions or boxing touring boots that don’t ski well. There is far less compromise between up and downhill performance thanks to the use of newer lighter plastics, thinner shells, better walking soles and more efficient ski/walk modes that lock the shell and cuff together in a more efficient way for skiing and yet allow a greater range of motion for walking. 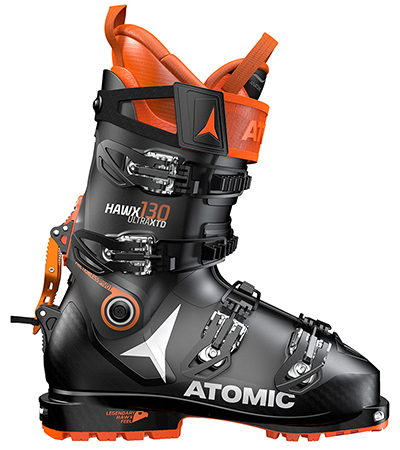 The line can become blurred with some of these models such as the Atomic Hawx Ultra EXT 130(1,420 grams) and Tecnica Zero G 130 (1,320 grams) both providing skiing performance close to an alpine boot yet with weights close to some of the lighter ski touring boots available. These boots can be used for multi-day tours and may even be considered touring boots.

While other such as the Head Kore 1 G (1,500 grams) is the perfect example of that lightweight but stiff (130 flex) hike and ride boot for aggressive skiers that like to get the off-piste. 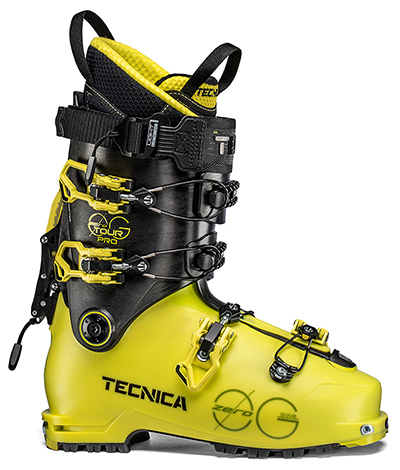 Along with upgrades in materials, the improvements in ski and walk mechanisms are considerable. Boots now feature solid locking systems for improved transmission, rebound and skiing performance. While newer designs in cuff shape and the connections to the lower shell allow for a greater range of motion for walking. i.e. first generation Tecnica Cochise had 16° of motion whereas the latest generation has 42° and the Dynafit Hoji and Tecnica Zero G Guide Pro are offering 55°. 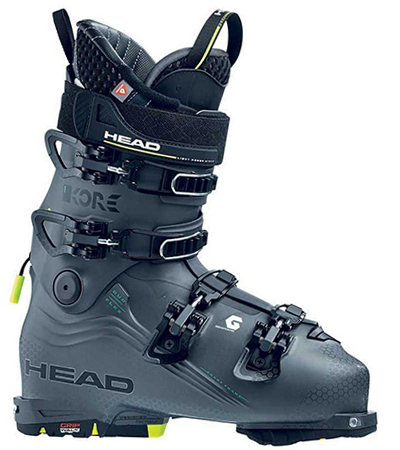 The quality of the liners has also improved significantly with higher grade thermo-mouldable foams and more anatomical fits delivering improved foothold. Although, if you are after more skiing performance then look for the models with a more traditional firmer, alpine style liner. For example, Tecnica and Nordica with their CAS and Cork materials respectively or the Lange XT Free series feature a heat mouldable liner which is lightweight but still offers excellent heel and ankle hold.

Or think about a second liner. For example, the excellent touring liner in the Atomic Hawx Ultra XTD 130 is lightweight, warm and even machine washable – but if you want to turn this into a performance boot then put in a Sidas foam liner or Zipfit Cork liner for the days you are going to rip. 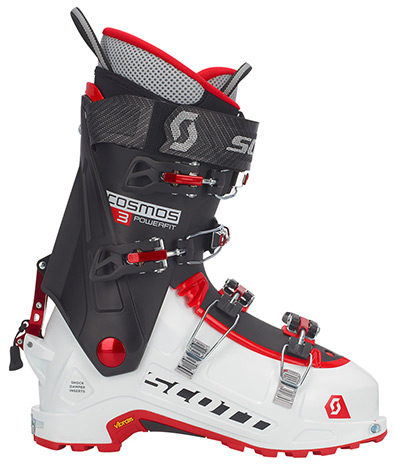 When discussing Freeride Boots it is impossible not to mention boot sole options and binding compatibility. We are beginning to see fewer boots with an interchangeable sole option, with the majority of Freeride boots now coming with a touring style sole. This is usually far better for walking but in the quest to save weight a lot of these soles have become very thin as the rubber component is heavy.

Nearly every Touring or Freeride Boot offers a pin binding compatibility with Tech inserts built-in to the “chassis” of the boot rather than being part of a screw on sole. This allows for a stronger and safer connection between the boot and binding. So when purchasing a pair of Freeride boots its key to know what binding you intend to use the boots with, and check compatibility as serious injury can occur if the boot sole and binding are incompatible. 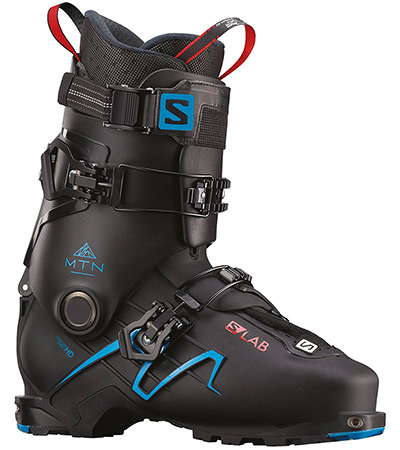 For winter 2018/2019 there are a greater variety of Freeride and Touring boots available than ever before offering a multitude of different flexes and fits so make sure you get good advice and remember there is always some trade of between the down and uphill and remember that fit is always the most important factor when choosing a boot.