"Movement is my medicine..." 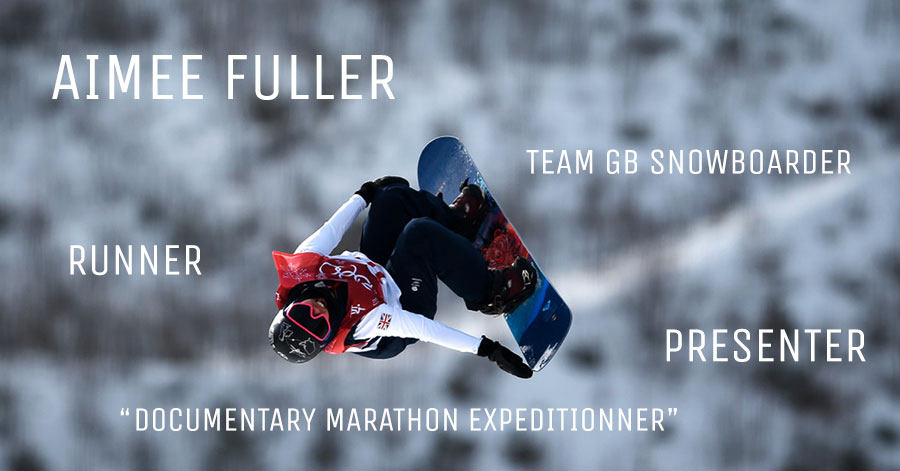 “Movement is my medicine,” explains Aimee Fuller – the two-time Team GB Winter Olympics snowboarder, who can more often than not be found out and about running through west London’s streets, travelling the globe or presenting on television when, of course, she is not on the slopes.

The 29-year-old, simply put, is sports mad, and has an energetic and bubbly personality to boot. Indeed, when those snowboarding boots come off, Aimee’s running trainers go on.

The 2014 and 2018 Winter Olympic star’s refreshing approach to life, underpinned by her love for exercise and eyes fixed on upcoming challenges, shone through during her recent, exclusive 30-minute interview with Profeet.

Memorably, last year, Aimee visited Pyongyang, in North Korea, to participate in and film a documentary about the Mangyongdae Prize International Marathon – an experience she ranks as high as any in a career packed with a real assortment of experiences and achievements to date.

Quickly off the back of that marathon run; yes – only a matter of weeks – the slopestyler breezed through 26.2 miles – as you do – with her mum at the 2019 London Marathon. From thereon-in, the British athlete – who grew up in Hampshire but spent part of her childhood in the USA before returning to the UK – has really caught the running bug.

Running is a sport I’ve enjoyed doing away from the mountains,” Aimee told Profeet. So much of my time is normally spent on the snow so, to come away from that and find enjoyment in something else has been really good for me.”

More mileage treading the streets around the globe over the past few years inevitably increased the wear and tear on Amy’s trained athlete physique; which prompted a visit to Profeet’s Fulham-based home for a technical assessment appointment and an in-store in-sole fitting for her runners.

As it happened, that visit turned out to be a great move.

In December last year I was at a place where I couldn’t really run two and a half miles without my feet hurting. So, I contacted Profeet and went into the shop and it was a brilliant experience.

The team there are really good guys and carried out analysis on my foot type, shape and running motion and helped fit me with the best insoles and footwear so that I could go and enjoy my running again in comfort. 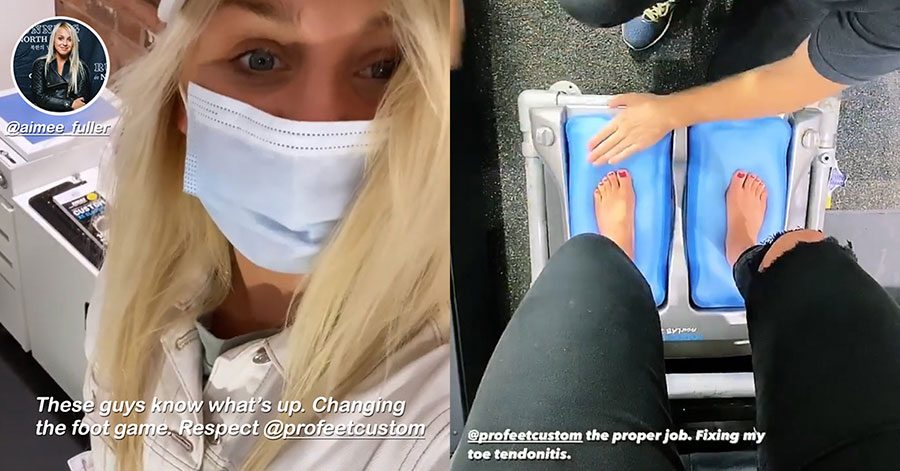 Within a matter of weeks I was running seven to eight miles comfortably, pain-free – it was like someone had put Eliud Kipchoge power into my feet! It’s crazy how important it is to be wearing the correct footwear and what a difference it can make to have any mechanical and imbalance issues ironed out.”

2020 has been a challenging year for everyone but, like many people, Aimee has used running as a way of staying fit physically and fresh mentally while also keeping busy with other work and projects, such as her emerging bespoke coffee brand, Fuller Beans Coffee and presenting commitments.

I love running and I will keep running for as long as my body allows. There’s a real feeling of freedom and it’s something anyone can do anywhere; and push yourself in different ways.” 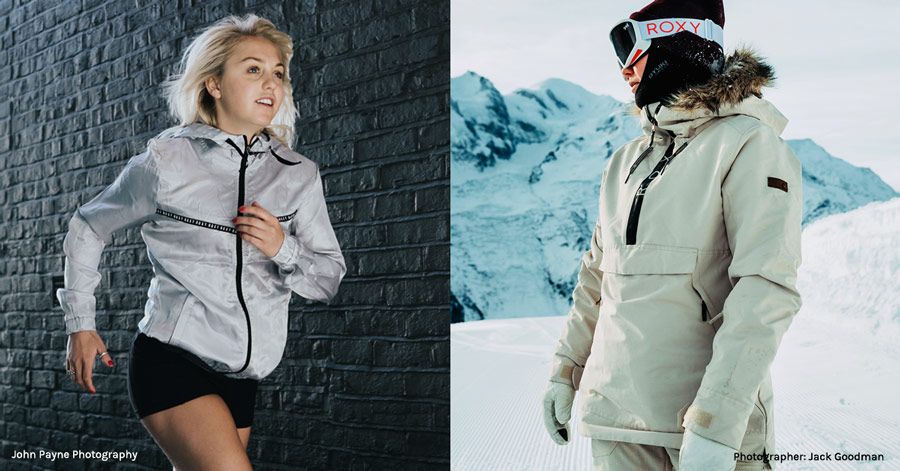 Aimee, who is hoping to run more events in the future – at home and abroad, as well as scale new heights on the slopes, added:

Running is also a great way to socialise; I’ll often go for a little trot with one of my mates for an hour or so, have a chat and it feels like a positive therapy session.

You can really create, through running, awesome vibes and there’s so much more to running than just going out and smashing a PB. I urge everyone to get out there and give it a go!”