Thomas Scales footwear technician took part in the ultra marathon Race To The Stones in July. In this blog post he reflects on his training and the race. 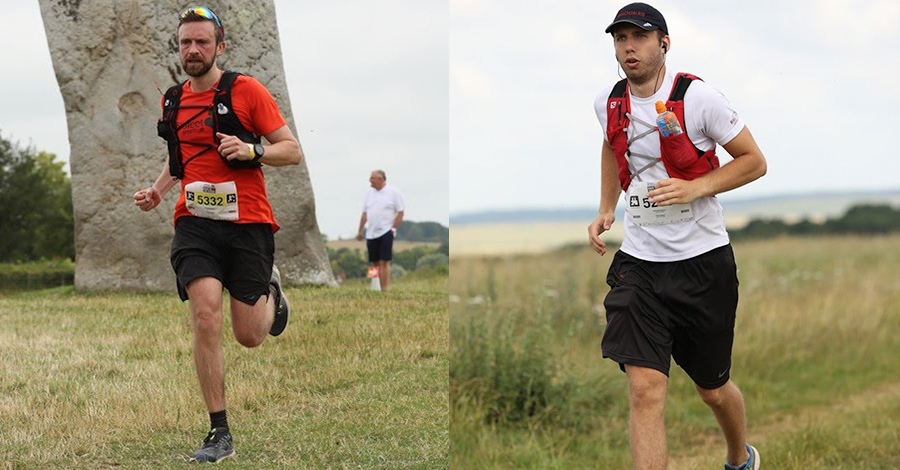 It’s been a few weeks now since I finished my first ultra-marathon, so it seemed like a good time to reflect on the race and training.

I had originally planned to race the 100km non-stop, however I had encountered a few interruptions to my training in the month running up to the events and therefore made the executive decision to change to the 50km as I felt like my preparations wouldn’t allow me to enjoyably complete the full 100km route. After an early morning alarm, I made the trip across to the start with a few minutes to spare and was instantly impressed by the sheer number of people who were getting ready to run at such an early hour.

Once I had set off, I held a causal pace to try and warm up my body and to get used to running with a race vest (this was my first time ever running with water or energy sweets with me).

This was one of my main concerns going into the race as I had practised the running nutrition but have always had a convenient place for me to pick up water so never ran with the extra weight.

These concerns were quickly alleviated as by the 3 mile I barely knew I had it on and if anything, it felt more comfortable for some reason than running without. I made it through the first few checkpoints fairly easily, mainly distracted by the picturesque views that surrounded the route. The middle of the race came with a nice surprise of running alongside the stretch of the Thames I used to row on at Wallingford.

Beyond this point things suddenly became significantly hillier. This something I hadn’t had an opportunity to practice, by this point I found myself running down the hills whilst trying to walk anything with an incline.

In hindsight I should have tried to keep the running up slightly more than I did, as by the final checkpoint I could feel my legs starting to stiffen up and the running became infinitely harder on anything other than a large downhill section.

I found myself starting to walk more than I was running, but I wasn’t too concerned as I didn’t have a time in mind. I ended up finishing 20 minutes slower than if I had pushed through.

Finally made it to the finish where I was greeted with music, food and a bar! Basically, a huge festival set up which is exactly what I needed after a long day on the feet!

I very much went into the race with the mindset that it would be long and hard and would probably never want to run again.

However, because I was running at a chilled out pace through a stunning part of the country the entire run didn’t feel too hard.

I expect you will see me racing there again next year, which is something I never thought I would say!

If you are taking part in a marathon or ultra marathon, give yourself the best chance of success and book yourself in for a specialist running shoe fitting at the Profeet Run Lab call us on 020 7736 0046 to book your fitting.