The London Landmarks Half Marathon

Written for us by Vanessa Fisher, who came to us for a running shoe fitting. 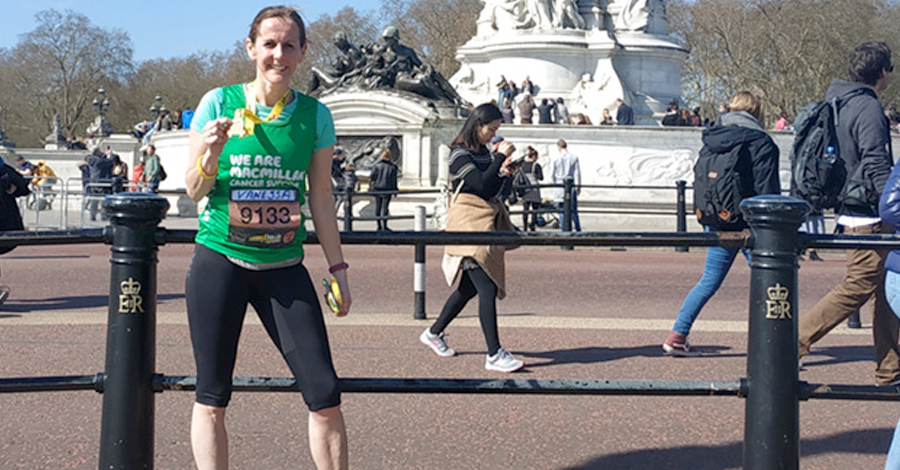 The London Landmarks Half Marathon [LLHM] ballot opens this week and if you are up for a run which takes in some of the capital’s finest sights, has entertainment on every corner, and is a perfect half pre-April marathon, then enter the ballot now! 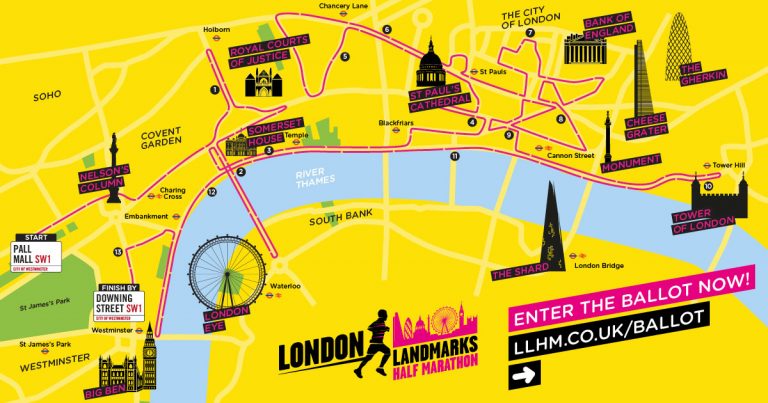 Well I don’t know much about the London marathon, I’ve never run one, but I have watched a fair few of them and running up towards Tower Bridge in the LLHM, knowing I was fit enough to make it up the incline and ready to switch back round and back under the tunnel I felt as if I could run a marathon ..no problem.

Forward one mile -ish coming out of the tunnel, in which they blasted dance music with the DJ just outside, I realised if I wanted to make a PB, doesnt everyone, I’d have to get a wriggle on. The last 2+miles weren’t pretty but I made that PB by about 1minute. So my fastest half marathon is now 2 hrs 5 minutes!

Wind back 8 weeks and I’d been offered a place in the London Landmark Half, only my second half marathon, ever! The first was great, albeit wet and with a chest infection, the Royal Parks Half, so when I was offered the chance to run in London again I grabbed the opportunity.

I called on my old ski friends at Profeet to help me with some shoe advice. I had bought a pair of running shoes locally the previous summer but knew I’d need something waterproof for February and March training and my current Gortex trail shoes I felt would be a bit heavy for running. I was also nervous about another wet run and wanted to get some expert advice. With my old shoes in tow, I headed to Profeet for a ‘run analysis’ and also for advice regarding my trainers.

Running on the treadmill in the Profeet store was a revelation. I ran with my current Brookes run shoe, super comfortable, quite a thick sole and then Anna suggested I try a waterproof ‘On Running’ and see if there would be much difference. With a couple of small tips from Anna’s: lift the legs a bit more, try and stay a bit more upright to ease the pelvic tilt showing on the screen analysis and the On shoe came out clearly the better option for me, plus Anna had found one with a waterproof coating. I didn’t need any persuading to buy this shoe as I knew I needed a light, waterproof option. 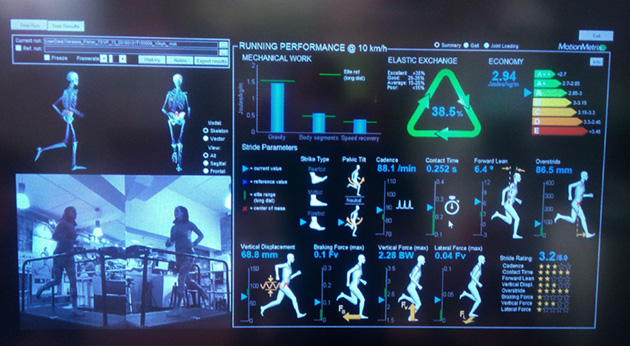 Running in the snow in February was a breeze in this shoe, grippy, waterproof, I actually really enjoyed it. On race day, I was quite nervous and it was actually quite hot so then I was worried that the shoe may get too sweaty but with some much entertainment around the 13 miles, my feet felt great. I should probably have concentrated more on pace and less on high fiving all the charity supporters and boogieing along to the many bands that lined the course. Note to self for next time!

That and a few more weeks to train and maybe next time I’ll get to 2 hrs or less. Time to sign up!

If you are training for a marathon or half marathon contact the Profeet Run Lab on 020 7736 0046 to book your running shoe fitting.