Interview: Robbie Britton on his 11th place at the CCC ultra marathon (UTMB 2016)

We recently caught up with Profeet ambassador Robbie Britton after his 11th place at the 101km CCC race at the UTMB week of trail running.

Robbie was the first Briton home and in a very high quality field is arguably his best result since choosing to move to the Alps a couple of years ago. We asked him about the race and his future race plans. 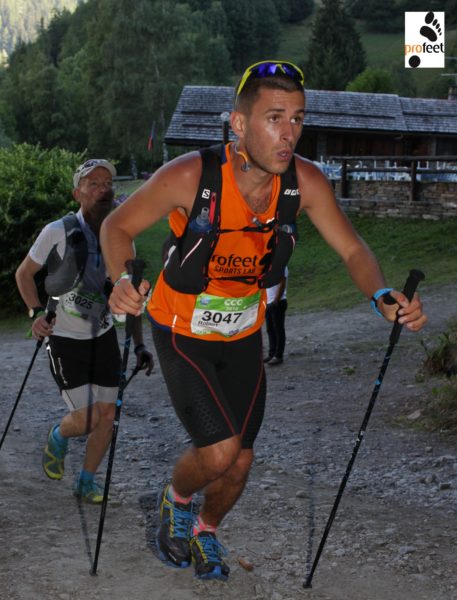 How was your taper – did you do anything different from other races?

It was quite a short taper as my other goal for the season is the Euro 24hr in October and I didn’t want to miss too much training for the race.

It was toasty hot as well and I made the error of spending too much time out in the sun beforehand, which gave me some issues the day before the race. Otherwise it was all gravy.

Did your nutrition go as planned? Did you find the heat difficult and change anything because of it?

Nutrition and hydration was something I was very happy with, I think I drunk from every possible water source on the way and dunked my head in most too.

I met with Precision Hydration beforehand and they tested the sodium levels in my sweat. As a result I took on three times as many electrolytes as I would usually and this worked out just right.

You moved your way up the field – was that always the intention and did you get nervous at all that it wasn’t working out?

The idea was to run my own race and count on people ahead going too fast, something that works very well for me in the 24hr format, but a little more nerve wracking in the shorter races.

To be honest it wasn’t happening as much as I’d like over the last couple of hills and I was hoping more people would have cooked themselves en-route!

I had some issues with blister on my heels, that hadn’t happened before, so my descending was really hampered and this is where I usually pick up places. I’ve already been chatting with Rich at the Profeet Run Lab about getting this sorted for next time as the shoes were spot on otherwise. 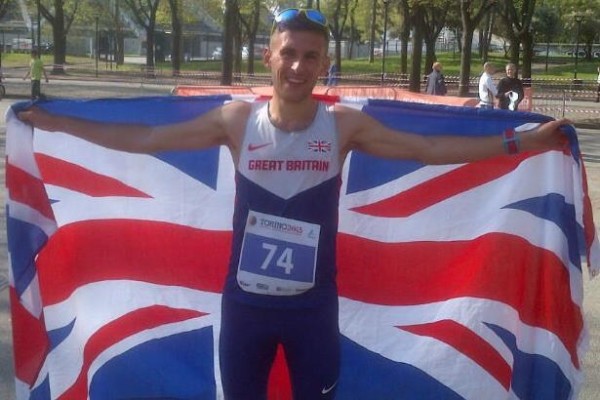 Did all that uphill training you spoke about in our last chat pay off?

Hell yeah! I felt great going up the hills and was actually over-taking people on them. My times for the final two ascents were actually the same as the leader, so I was really chuffed with that.

With more time and practice I’m really happy that everything is on target for my future UTMB goals.

How did it feel to know you were first Brit home and were you at all disappointed you didn’t quite make your goal of top 10?

Well I thought I was in the top ten until I looked at the results list at the finish! So I enjoyed the whole finishing straight thinking I was in 10th, so at least I know what that feels like.

I was disappointed, but I knew why I wasn’t in the top ten and knowing that you have the ability to be there on a good day is enough for me.

I’m not too fussed about being the first Brit home as I want all the Brits to do well. Kim Collison and I ran quite a large part of the race together and I was gutted that he dropped at Vallorcine. We started racing each other around Trient, but that wasn’t a race for top Brit, but top 10. I just want to beat everyone. 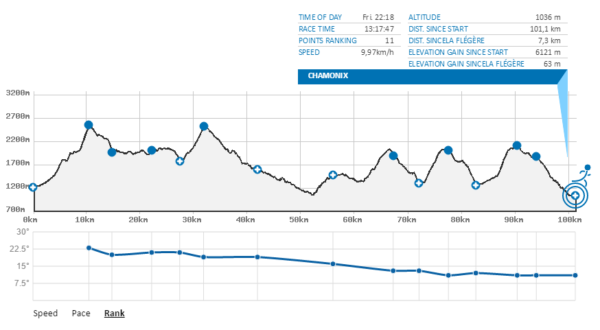 The biggest goal on my horizon is the 24hr World Champs next July in Belfast so everything is aimed towards that now.

The European 24hr Champs in October 2016 is next and the aim there is to consolidate last year’s performance and improve my PB a wee bit.

Then there’s the SnowDrop 55 Hour race in Houston, Texas at the end of the year. The idea is to discover new depths of pain, misery and monotony before the 24hr Worlds so that feels like a walk in the park.

I’ll have a couple of months off to ski after that and to rest the tired legs! 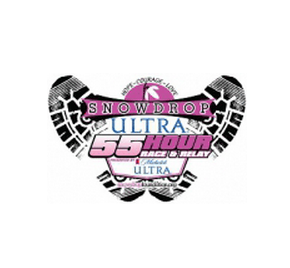 This year has seen some great results for Robbie and we look forward to helping him through the rest of the year and into 2017.  Stay tuned to Profeet for more updates on all of Robbie’s events.

For more information about the Profeet Run Lab and what happens during a Profeet run assessment, please visit our website and watch the video below:

Finally, have your say: would you ever run an ultra marathon?