All five races for this year’s Ultra Trail du Mont Blanc event were oversubscribed – with even more applicants this year than previously.

Twice as many registrations as places available

France in the minority
It is the first year in which there are more foreign than French runners:French 48%
Other Nations 52%

The Top 5 Countries (all races)
France 48%
Spain 9%
Italy 9%
Great Britain 6%
Japan 4%
The next most represented nations are Belgium, Switzerland, Germany and the United States.

Great line-up of elite athletes
317 runners (male and female) in the Elite category (‘potential top 10’ according to the International Trail Running Association) are registered, of whom 145 take part in the UTMB®. 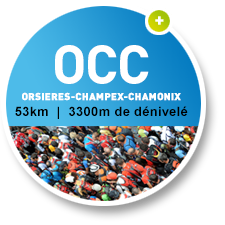 Still running at over 70 years old

There are 2300 places available for the UTMB®

Pre-registration for the Ultra-Trail du Mont-Blanc 2015 will take place between Dec 17 2014 and Jan 6 2015.
All runners not lucky enough to win a place this year will carry a positive coefficient which will double their chances of being selected next year.

And if that’s not enough for you make sure you check our brilliant infographic about the UTMB that we published last year:

This infographic was created by Iain Martin from Skipedia and designed by Ellie at Inca Creative.

For all your running needs, on the trail or around the streets contact us at Profeet – the sports footwear and orthotics specialists.