This year’s Wimbledon was something we haven’t seen in a while. 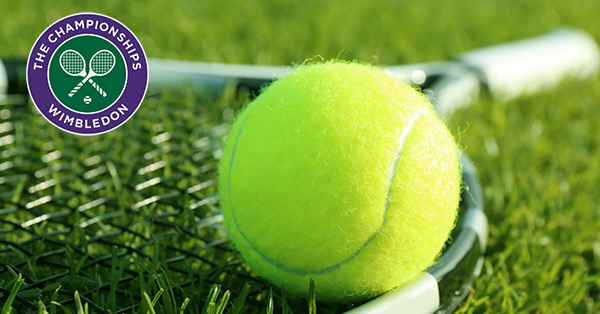 Nadal’s grass court form has returned. The two times champion went on his best run at Wimbledon since 2011, only succumbing to long-term rival Novak Djokovic. Nadal though retained his number one ranking due to Federer being unable to defend his Wimbledon title.

Djokovic has his confidence back. The 13-time Grand Slam winner, reached his first grand slam final for nearly two years, he fought back from injury and self-doubt, overcoming his doubters and playing some superb tennis along the way, including victory over British hopeful Kyle Edmund, and to top it off beat a long-term rival in Nadal to lift his first Wimbledon trophy since 2015. Djokovic has now rejoined Federer and Nadal back at the top of men’s tennis. All of who have now won a Grand Slam this year.

Kevin Anderson, he may not have won Wimbledon, but he certainly had an interesting run to the finals. The South African came from two sets and match point down to beat defending champion Roger Federer for a place in the semi-finals. He and John Isner then battled it out in a big serving epic, a game which lasted 6 hours and 36 minutes, the longest semi-final in Wimbledon history, to become the first South African in over 30 years to reach the Wimbledon finals.

Roger Federer has a new look, there has been speculation among the tennis world for a while now, but it was confirmed when Federer walked onto court for his first-round match against Lukáš Lacko that he will now be wearing Uniqlo, after spending 20 years with Nike.

There were upsets galore in the woman’s draw, with all the top 10 seeds eliminated before the quarterfinals, the pick of the bunch was Hsieh Su Wei who defeated world number one Simona Halep. She may only have defeated three top 10 players in her career, but they have all come in Grand Slams over the past 14 months.

Serena Williams, she may have been back for a while now, but it was at Wimbledon where she really put herself back out there. The seven-time Wimbledon winner may not have played any top ten players (partly due to the women’s top seeds imploding upon themselves in the first week) but in the end Kerber was too clever for Williams, on too many occasions she could not find her killer shots that she had produced for most of the tournament. Just getting to the finals was an incredible achievement for Williams who gave birth to her daughter 11 months ago. Williams has now climbed 153 placed to enter the world’s top 30.

With Andy Murray deciding to delay his comeback until the hardcourt season British hope fell to Kyle Edmund. Edmund has been having his best season to date but faced eventual champion Djokovic in the 3rd round and was simply outclassed by the resurgent Serb. Johanna Konta reached the semi-finals at SW19 last year, this time round she only made it to the second round, and as a result her WTA ranking has fallen to 50, her lowest placing since 2015.

The mixed doubles semi-final was nearly an all British tie, with defending champion Jamie Murray and his partner Victoria Azarenka (the only non-brit in the tie) defeating Harriet Dart and Jay Clarke, the pair fell short in the final missing chances early on in the match, which their opponents, 11th seeds Alexander Peya and Nicole Melichar took advantage of giving them the momentum and confidence to win the tie.

Still going strong, at the age of 40 Mike Bryan is the oldest ATP Number One of all time, he and fellow American partner Jack Sock came through a tough 5 setter to claim the Men’s Doubles title, Mike’s fourth, but first since 2014 and first without twin brother Bob.

Ones for the future:

Francis Tiafoe reached the third round of Wimbledon, the furthest he has ever progressed in a slam, the big serving 20-year-old is certainly someone to keep an eye on. So far, he has pushed Federer into a fifth set in the opening round of the US Open last year and became the youngest American to reach a clay court final in Europe since Andre Agassi in 1990.

Denis Shapovalov, the Canadian is currently the youngest player ranked in the ATP top 100, at the age of 19 he already has some impressive victories to his name, beating Del Potro and Nadal in the same tournament (2017 Canadian Open). He was the Wimbledon Junior Champion two years ago but time round in only his second time in the senior draw he reached the second round.