Amputee marathon runner Abdi Dhuhulow came into the Profeet Run Lab last week as part of his preparation for the Iceland Marathon in August 2015.

Abdi is aiming for a sub 2:45 time – which we believe will be a new world record for a single-leg amputee.

Originally from Somalia, Abdi was shot in the knee during the civil war, then run over by a lorry.

It was only after he came to the UK – 7 years after the accident – that the leg was looked at in more detail and was eventually amputated in 2004. 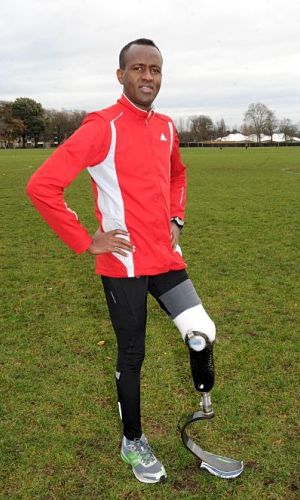 He has been competing since and slowly improving his times and his equipment.   Hopefully the run fit and orthotics from Profeet will be the final piece of the jigsaw.