Day 5 was another challenging one for Robbie Britton and James Elson in their #BlackIce running expedition across Iceland: 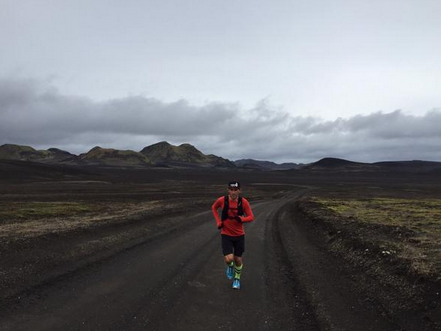 It was supposed to be short and sweet.  A run from the cave to Landmannalaugar, with its hot springs, before we did our big day through the Laugavegur trail. We’d need to be fresh for that beast.

Iceland, as usual, had other ideas. For the first five kilometres it was the hardest part of the trip so far and I continually questioned if we could finish in such conditions. The headwind was there with a vengeance, blowing straight at us, with hail, rain, gravel and anything else it could find to fling in our faces.

James knew we would turn South shortly and it would be blowing across us, but I thought we were in for a sufferfest of a day. We would make it, but how could we do 55km in the bigger hills the next day if the wind was like this? Would I be strong enough?

As quickly as the rain squalls hit us across the Central Highlands, my mood changed as soon as we got out of the wind’s full force. It had been penetrating deep into my soul beforehand, but now I couldn’t care less about the weather coming from the Atlantic. We would make it and nothing could stop us.

The bleak landscape had given birth to more rugged volcanic terrain with proper snow topped mountains and volcanoes in the distance, winding through a lava field, the distance ticked away easily before the wind had another go in the final five kilometres, but we had already won this battle. Nothing matters when you’re that close to home and Chana Masala number six of the week.

The forecast was some way from perfect for the next day, in fact it was downright ridiculous. The weather maps had a whole new range of colours that we hadn’t seen before, just to tell us that it was going to be “really shit”. An early night, after a visit to the geothermal pool, was in order.

Although the shortest day so far, this was mentally the toughest for me. Distance is not something that frightens us, but the weather is something we cannot control.

The hut warden warns us that no one travels the trail in winter, but books us into a hut further down anyway, so it can’t be that difficult…can it? 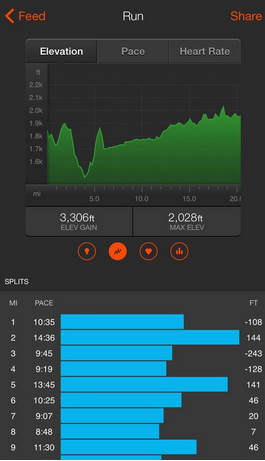