It was a super-tough day today for Robbie and James in their #BlackIce run across Iceland:

In hindsight running from across Iceland from the North Coast of Iceland in October was a bad idea.

We should have started in the South and had this bloody headwind behind us the whole way. It would only have taken about 14 minutes for the whole trip that way.

far. The Laugavegur trail runs for 55km through mountains, lava fields, volcanos and glaciers. It was also the site of Thursday’s severe weather warnings for Iceland.

Whilst the rest of the island looked relatively pleasant, the map showed a rainbow of colours over our route for the day. Rain, wind and freezing temperatures were on the menu, but we’d already had our fill this week. We had come to run across Iceland though and this wasn’t going to stop us.

Setting out in full waterproof gear with enough kit to remain self-sufficient for a 48 hours if necessary, we got moving through a jagged lava field, steam rising from geothermal pools all around. The weather was strong, but early doors we felt comfortable. That was about to change. 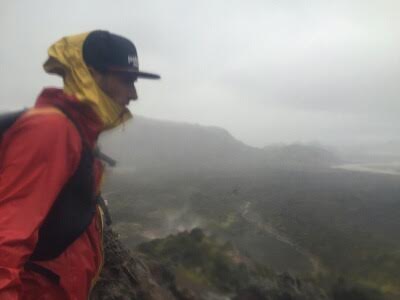 Climbing up steadily in the first hour, we crossed a couple of snow field and got to our first ridge of the day.

Before long James had hit the deck and I followed, the wind was literally blowing us off of our feet. We linked arms and decided to push on in the hope it would be more sheltered further on, knowing only 12km of the day was high up and dangerous.

Before we could reach the first hut the wind got even stronger, gusting well over 60mph and putting us on the floor each time.

If we ran then the extra spring in our step would see us lifted along the ground. It was heads down and marching again, between wooden stakes that were 100-200m apart.

It was then that the cloud that had been hanging about 1100-1200m up began to creep down towards us. The cards were stacking up against our chances and neither of us were willing to gamble. High winds, pouring rain and zero visibility is a recipe for disaster and we didn’t want this to become an epic. 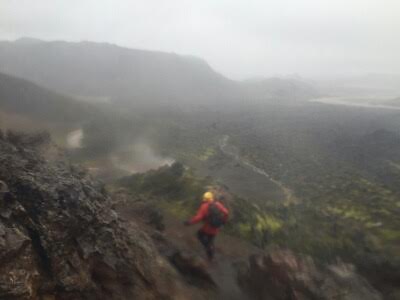 We talked it over. There was no shelter to sit anything out and the weather was due to get worse as the day went on. Getting lost up here could be fatal and ultimately the decision to turn around, although disappointing, was the right one. We had only made 5.5km in over an hour.

The trip back to the hut was rapid, with the wind behind us for a change we felt what it would have been like to run the trip in reverse. 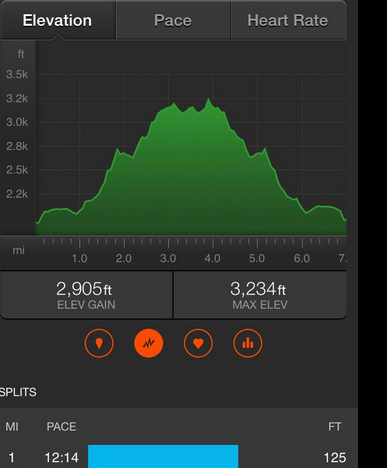 At times I thought James might fly up into the sky like a kite but we both stayed firmly on terra firma long enough to make it back to Landmannalauger and a hot drink.

Upon return we heard from our Icelandic 4×4 driving friend that the rivers along our route were too big for even his massive jeep to cross.

The Krossa would have trapped us 54km along the trail, if we had made it that far. In reality we would have been stopped by the water had we made it across the high passes, so it was a blessing in disguise.

We planned another route to the coast on the F208, but that was closed due to record floods going from Iceland’s main glacier and the roads washed out. There was one other possibility but it meant over 100km the next day, mostly along a road, but getting us into the sea. We could do it.

The weather may not have been on our side this time, but it has done what we hoped, given us a real adventure. 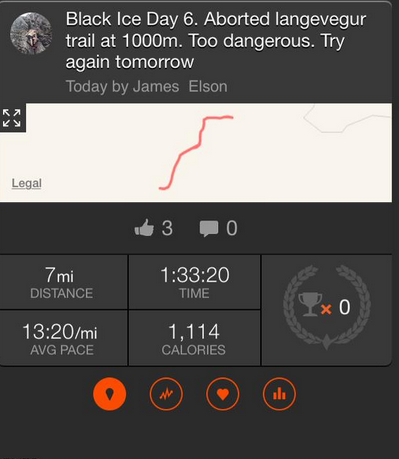 The challenge now will not be overcoming the weather but the physical and mental challenge for James and me (although petrol stations do all have pick and mix).

It feels like we can reach the coast this way for sure. I’m sure Iceland has other ideas.