Profeet run technician, Emma updates us with her latest blog about her journey from ‘Fitness Fanatic to Iron Woman’ as she nears her first Iron-distance triathlon later this year. 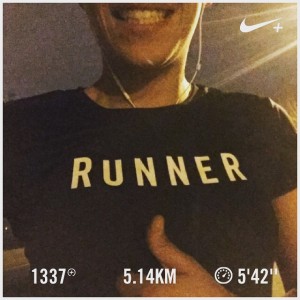 This month I have had a breakthrough with my swimming.

I jumped in the pool mid-April and simply planned to swim as far as possible in as little time as possible.

With front crawl still my nemesis on the breathing front, I decided to put my broad shoulders into use for breaststroke focusing on long but strong strokes. I’m chuffed to say I managed 1500m in under an hour.

I will not be defeated on front crawl. However, I’ve found due to old shoulder injuries I’m restricted in mobility and am struggling with ability to move my head moving in and out of the water to breathe.
In May I will continue to work on speed in breaststroke and also shoulder mobility by getting a sports massage to help reduce tension.

As I mentioned in my March blog post, cycling this month was not a priority. I’m fairly confident on the bike and am working instead on my weaknesses (mainly the swim).

I only completed two cycle sessions this month, one indoors (an endurance cycle) and one on a Boris bike!

I thoroughly enjoyed the cycle outside, which was around the Olympic park. It came after a one hour swim, so it was my first ‘brick’ session.

This is going fairly well. April started with a tough Half Marathon in Reading. With some steep hills at mile 3 and 8, I finished in a respectable time of 1:51. It was a tough race for me as stupidly I hadn’t expected course elevation so lesson learnt there!

Two weeks later was the Brighton 10k and I had to learn to find my speed again. The first two km was very crowded and I ended up tripping, almost falling and doing a lot of weaving.

I probably lost about two minutes of time and any hope of a PB. However, the rest of the race was a breeze. I hit the splits I wanted and had a fast finish, with 4:30 min/km over the last 2k!

As I write this I am one week out from another half marathon in Hackney. I’m hoping for a similar time to Reading after which, I have some recovery time before I start my marathon training for TCS Amsterdam Marathon in October. 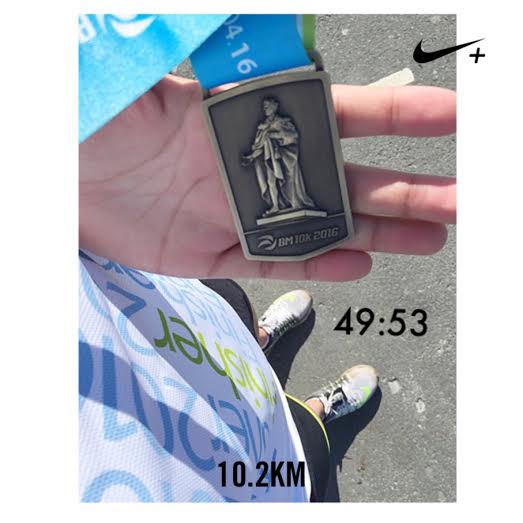 Keep tuning in for more updates from Emma.

She is taking on this challenge to raise money for Cancer Research UK and you can sponsor her via Justgiving here.