Emma’s Blog: From Fitness Fanatic to Ironwoman, May 2016

Profeet run technician, Emma updates us with her latest blog about her journey from ‘Fitness Fanatic to Iron Woman’ as she nears her first Iron-distance triathlon later this year. 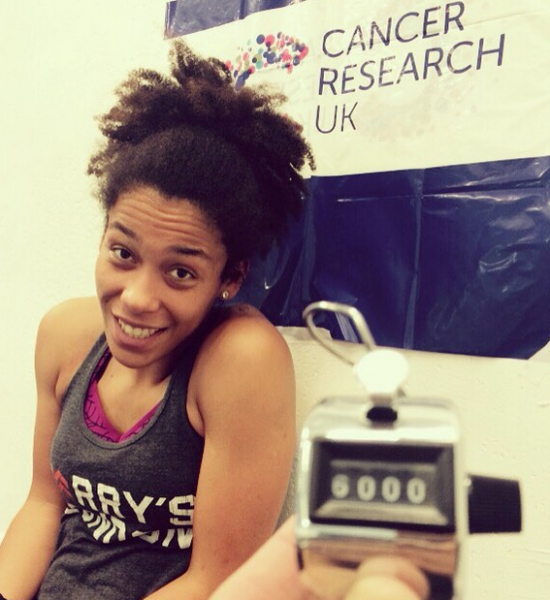 May marks six months to go until my Indoor Iron Man Challenge.

The last three months have been all about building a solid foundation across all the disciplines as well as some confidence in each area, so at the beginning of May I decided it was an apt time to focus my energies on strength training alone.

A lot of running…

On the running front I’ve been rather busy with events I’d entered and stupidly forgotten about!

The Hackney Half Marathon was the first under my belt and a balmy 27C. It was carnage: throughout the course I witnessed runners fainting and collapsing in the heat and after two hours the race marshals enforced a walking only rule from mile 12 to ensure the safe return of the field.

Considering my PB is 1:49 I was chuffed to simply finish and to still come in at 1:56 was a bonus.

Next up, only a week later, was the Half Marathon Moonwalk in aid of raising money for Breast Cancer. Joined by the ladies who I work with from Profeet we found walking was far harder than running!

Starting at 12pm, we walked through the night throughout central London raising money for ‘Walk the Walk’ foundation.

From a strength point of view I used Barry’s Bootcamp for their strength workouts specifically. It took restraint but I stayed off the treadmills and stuck to leg/back shoulder strength which I’ll need for the following months for the swim in particular.

Yoga has recently become part of my programme and it’s helping massively with my hip tightness and calves.

June for me kick-starts my Amsterdam Marathon training programme officially.

Alongside the cycling and running it’s a key month where I’ll need to learn to juggle time as well as keep my nutrition on point as training ramps up.

You can keep following Emma’s progress here on Profeet as she moves to her Ironman Challenge.