We recently caught up with Profeet ambassador, Mark Perkins, after he recorded the seriously impressive time of 13:06 at the 100 Meilen Berlin – smashing the course record by nearly three hours.

Congratulations on your fantastic result in Berlin.  Can you talk us through the race?

Thank you! I think to run a fast time in 100 mile races a lot of things have to all come together for you and I was fortunate enough to have another day where things pretty much just all went to plan.

I knew there was going to be a very fast Japanese runner (Tsutomu Nagata) there – invited specifically for the race – but I tried not to let it bother me.

I guessed he’d go out quicker than I wanted to, so I just planned to take it steady and try and get through the first half of the race in good shape and then see how things shook out from there.

He did indeed shoot off at the start, and after I got held up at a red traffic light (there are a lot of traffic lights in the first section, with dire warnings of disqualification if you go through them when red!) I lost contact with him.

I just settled into my own pace and concentrated on looking after myself right from the start, eating, drinking and keeping focussed. I managed to keep up a good steady pace and towards half way I knew he was slowing as his gap of more than 10 minutes at the marathon mark was becoming less and less. I didn’t know at the time but he was suffering from a few stomach problems, and that allowed me to catch him and overtake at around the 80km mark.

I had a pretty big low patch myself a little later, and lost the ability to eat anything solid, but I pushed on just trying to keep my pace up as long as I could. I run pretty well on just coke and water anyway and by the time my pacer (Sarah, my wife) joined me with about 40km to go I was feeling a little better.

By this time I knew I had a gap of about 40 minutes on second place, which meant I could just concentrate on moving at my own pace.

I knew a sub-13 time was potentially on the cards, but equally if I pushed too hard I ran the risk of blowing up. In the end I missed out by six minutes – a little annoying looking back on it but I’d rather be just over than not make it to the finish line at all, and 100 mile races are really all about knowing when to back off!

It’s still a time I would never even have dreamed about a year ago so I’m very pleased. 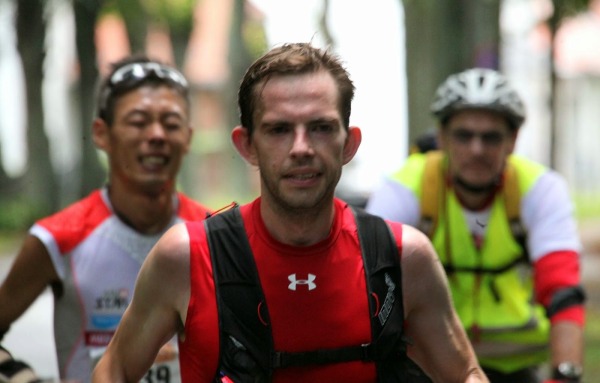 What were you focussing on in your training in the lead up to it?

My previous race, the South Downs Way 100 [where Mark also broke the course record], was a couple of months before and the priority after that was to make sure that I was well rested before starting training again.

To be honest, the timing meant it was more about maintaining the fitness I had built up going into the SDW100 rather than adding to it. As Berlin is a pretty flat race I switched to trying to do as much of my training as possible on similar terrain, rather than the hilly trails that I usually prefer to run on.

Sarah and I also did a 5 day circumnavigation of the UTMB route about a three weeks before the race – this was more for fun than as a training week, but I think the long days of hiking and fairly moderate running were a good endurance booster too.

I was worried the trip was going to leave me a little fatigued, but I put in a big two week ‘emergency’ taper before the race to make sure that my legs were nice and fresh on the day. 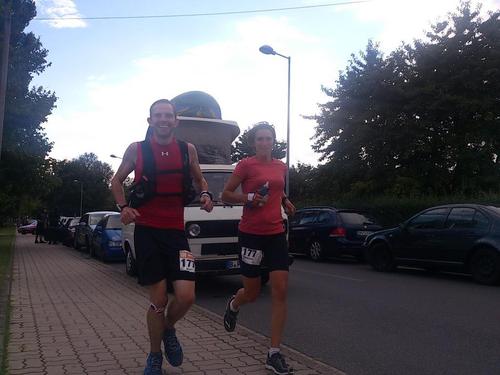 What shoes do you train and race in?

Prior to the race I came up to Profeet to have a full foot examination and biomechanical gait analysis and picked up a couple of pairs of Brooks trail shoes to test out.

After a good trial in the Alps, I decided on the Cascadias as they felt a little bit more robust than the Pure Grit (which I also really like) and I felt like they would be a better 100 mile shoe.

I had expected the race to be more than 50% trail but as it turned out it was almost all on tarmac paths and really I’d have probably been better off in a road shoe, but the Cascadias held up well and I finished with my feet pretty intact for a change. 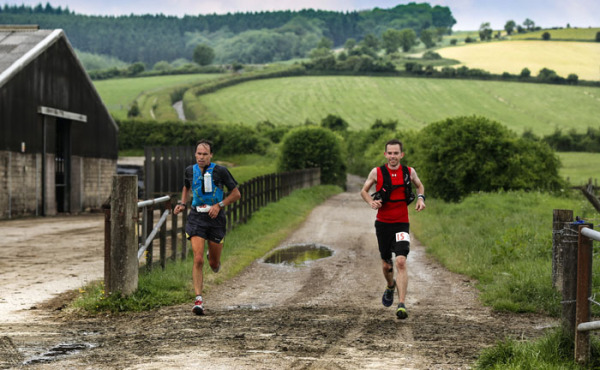 Do you ever do any work to correct imbalances in your running form?

I had a few problems with my knees at the start of the year, and since then I’ve been much more diligent about doing gym work to help keep me strong and (hopefully) injury-free.

A few exercises prescribed by my physio definitely seem to have helped. My visit to Profeet also helped to highlight an issue that I was vaguely aware of – my right foot tends to collapse inwards as I push off – and I was given a set of resistance band exercises to do to help address the problem.

I’ve only got one race left in 2014 which is the Beachy Head Marathon at the end of October.

My strength definitely lies in the longer stuff so my main aim is just to improve on the terrible day out I had at that race last year, when I really didn’t enjoy it at all. It’s a brilliant race so I’m transitioning into a period of hill and strength work up until then to try and convert some endurance into speed and hopefully do the course some justice this time round.

In 2015 I’m hoping to do a longer race or two – I’ve currently got my name in the hat for the GUCR ballot – and Sarah and I will be running the Lakeland 100 as a mixed pair, which I am really looking forward to.

Although it is very soon after I may also see if I can get into UTMB too after our exploratory trip in the Alps this year. It’s such a stunning, but brutally tough course, and one that will need more than one go at to get right I think.

And then I hope to join some of the other Profeet run team members for an event or two during the year too – some of the 24-hour events people were doing this year looked interesting if I can fit one in around everything else!

We wish Mark all the best for the Beachy Head Marathon and his races in 2015.  We’ll be supporting him all the way! 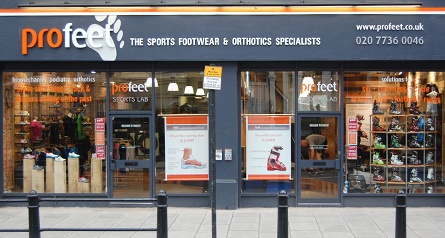