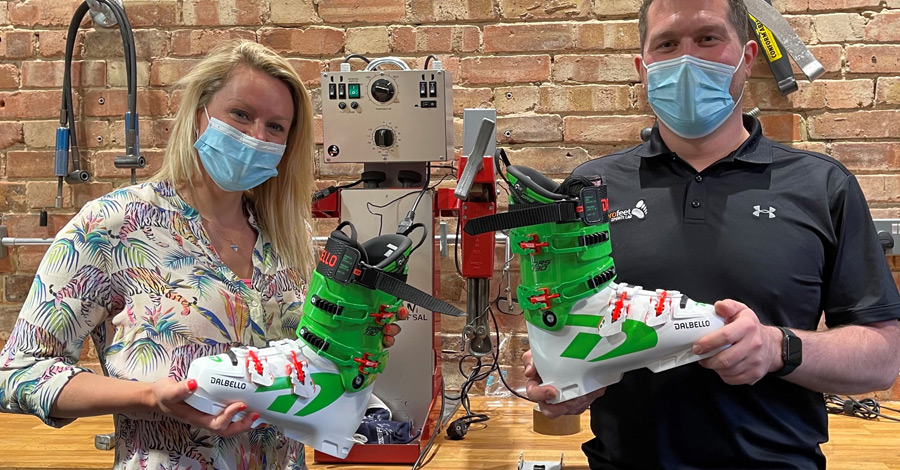 Chemmy was originally well known and respected as a competitive skier, having spent years on the winter sports circuit representing the UK.

As a 4 x Winter Olympian, a career high ranking of 8th in the World, 7 x British National Overall Champion and the only British female skier to ever win a run in a World Cup, Chemmy Alcott is widely regarded as one of Britain’s greatest ever skiers.”

From slopeside to Ski Sunday

Since then, Chemmy has moved effortlessly from Olympic sportsperson to television presenter. She participated in the popular TV show, Dancing on Ice, was a BBC Winter Olympic Sports Commentator in 2018 and is now the lead presenter of Ski Sunday having stepped confidently into the shoes of Martin Bell. She remains active in the sports arena and is now also mother to two young children.

This year, Chemmy is sponsored by Dalbello, the Italian ski boot specialist founded in 1974. Their ski boot development process is inspired and influenced by top skiers from around the World. Whilst they strive for build quality and technical excellence, their boots are still made in their own factory on the mountain sides of Asolo.

As the premier ski boot-fitter in the UK, Profeet is often called upon by up-and-coming ski hopefuls, team GB skiers and established ski legends alike. We were therefore delighted to have Chemmy in the Ski Boot Lab again for a custom fit, including our signature custom insoles.