The French Open kicks off this week, the second Grand Slam of the year and with the return of Federer hot on the heels of Nadal and Djokovic all is to play for in Paris. 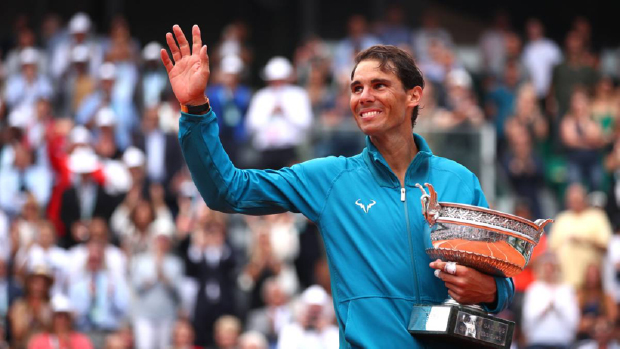 Roland Garros’ Court Philippe Chatrier has undergone a rapid transformation since last year’s tournament being almost completely rebuilt in the space of a year. Modernising the Paris centrepiece and trying to keep pace behind Wimbledon, Flushing Meadows and Melbourne Park, all of which have expanded to have courts with retractable roofs within the last decade.

Roger Federer is back playing in Paris for the first time in four years after skipping the last few years to save himself for the grass of Wimbledon, the 20 -time Grand Slam winner played his first clay tournament in three years earlier this month in Madrid and reached the quarter-final stage.

The ever dominant King of Clay, and obvious tournament favourite, Rafael Nadal is looking to defend his title, and after his victory over Djokovic in the Italian Open Final he is primed to make it his 12th French Open Grand Slam and in the process stopping Novak (who is the top seed in Paris) becoming the first man in the Open era to hold all four Grand Slam titles at once for the second time. However, Nadal hasn’t been invincible on clay this year having suffered defeats from Dominic Thiem and Fabio Fogini in Barcelona and Monte Carlo respectively.

Stefano Tsitsipas will be one to watch, the young Greek is seeded 6th and with wins against Federer and Nadal already this season, he will be sure to go far in this year’s tournament.

In the women’s draw defending champion Simona Halep will have a tough fight on her hands, only five women have ever defended a Grand Slam title, so the pressure is on to become the sixth. Number one seed, Naomi Osaka has never progressed passed the third round at Roland Garros but having reached the quarter-final stage at both the Madrid and Italian Open’s she’ll be hoping to make an impact in Paris.

British number one Johanna Konta is seeded 26th, after four first round knock outs in previous years, hopefully with her current form including reaching the final of the Italian Open, she can progress further this year. Kyle Edmund is joined by fellow Brits, Cameron Norrie and Dan Evans in the main draw; however, Edmund is on a disappointing run of five straight defeats, here’s hoping he can turn his form around on the Paris clay.