Profeet ambassador Gary Dalton recently completed the TransGranCanaria 360˚ ultra-marathon – a tough race that covers 265km and takes in 16500m of vertical up and down the mountains of Grand Canaria.

It’s unsupported, so while competitors are fed at five aid stations during the event, they have to decide when and where to rest. The kit list is long and includes the requirement to carry a tent or survival shelter that is rain and wind proof. No other external assistance is allowed.

Over three days on your feet… 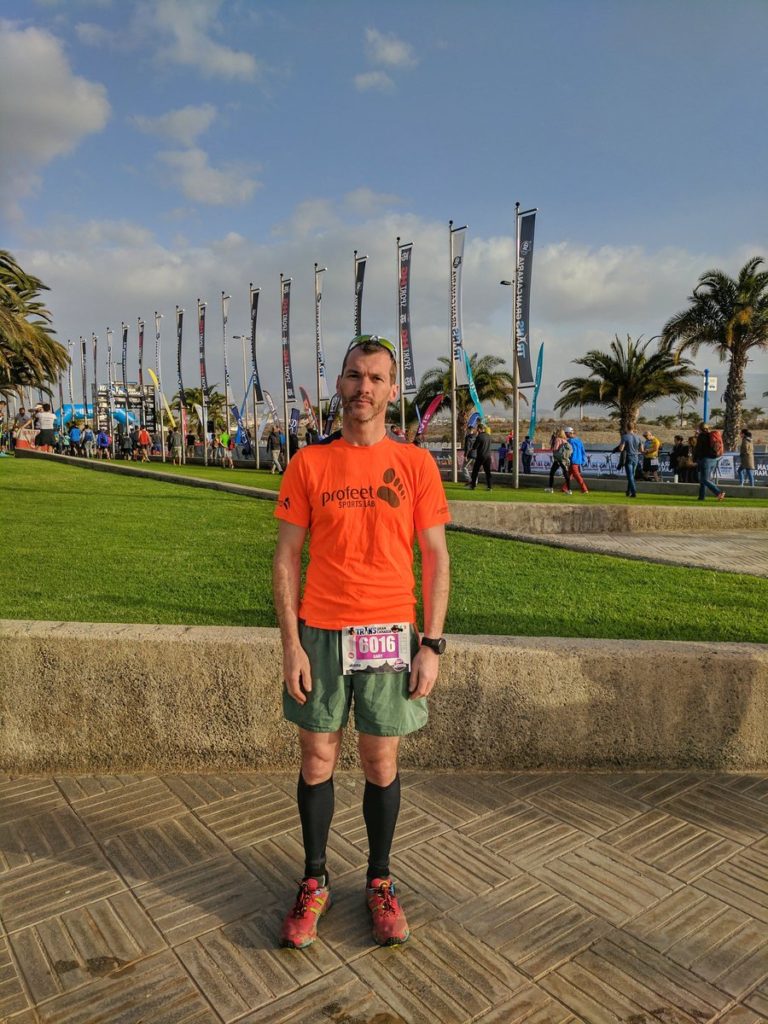 We recently asked Gary about his experience:

“A festival of running. That’s what they said. But for me it was something of a redemption.

“After another failure to complete the Tor des Geants last year, I chose the new Transgrancanaria 360˚ race as the one which would decide whether I still had what it took to complete single-stage races of this magnitude.

“It was brutal: unremitting and unrelenting climbs on moonscape terrain; endless hours of darkness focused on finding the next turn on an unmarked course; false trails leading to frustration and bonus miles and metres. This isn’t a race for the unexperienced or the uninitiated in the mountains.

“There were many times when I couldn’t believe the route the course planners wanted us to take. Paths that were barely there took us to the foot of sheer cliffs to scramble up. In some places, it was more like climbing than running and one small slip would have meant disaster.

“This was a race for the committed and it was exactly what I needed. I loved every rocky foot of it.

“I had no real expectations of Transgrancanaria before I arriving other than ‘bucket and spade’ holidays, but over the course of my 81 hours I saw a side to it I would never have had the chance to see without race. And for that insight alone it was worth the pain.” 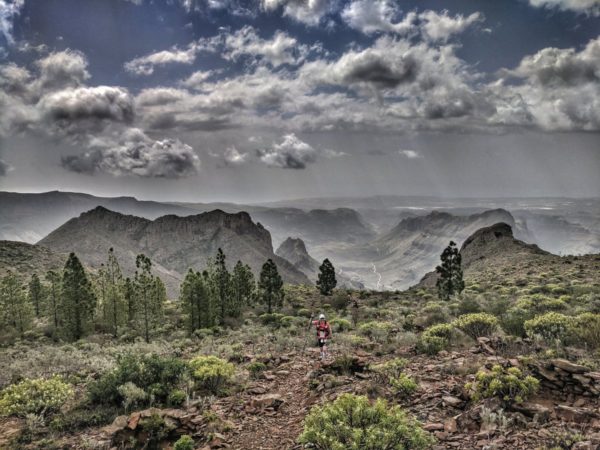 Gary’s shoes and custom insoles are provided by Profeet and help keep his feet healthy during training and throughout events like this.

This video explains more about our custom insoles. To book an appointment please call us on 020 7736 0046.