We were recently delighted to welcome promising young ultra runner, Victor Mound onto the Profeetteam of athletes.

The 21 year-old is still a novice by most standards, but he blitzed the field at the South Downs Way 50 last weekend, winning the race in a new course record of 5:53.

Both first and second places were taken by Profeet runners, as team member Pip Blackburn, came in shortly after Victor in 6:29. We spoke to them both after the race. 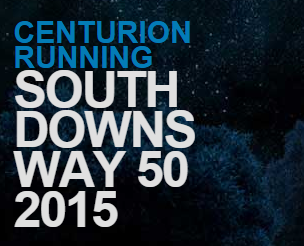 – How did you feel going into the race?  Did you have a podium place in mind as a goal?

VM: I felt pretty confident coming into the race as it was the first race I’d nailed my taper and I was hoping to really push last year’s champion Paul Navesey.

When I heard Paul was no longer racing [he is prioritising the Highland Fling], I set my sights on a sub-6hr time. However, I kept an open mind and was mentally prepared for a head-to-head race.

PB: Going into the race I was a massive bag of nerves, I’d been injured for most of March so was worried that the hard work would have been wasted. The reality was that it was probably good to have a solid taper time.

In terms of goals, I would have been stoked with sub-7 hours but I think my exact words were that I just wanted to mix it up with the big boys (nothing about getting whooped by a 21 year old though, hats off to Victor!)

– How does this fit into your season?  Was it an ‘A’ race, or part of a build to something else?

PB: I decided in January to only have three or four ‘A’ races this year in order to avoid the cycle of taper-race-rest.

The race is really well organised by Centurion and the volunteers are phenomenal so I really wanted to experience it again. I also wanted a benchmark of how much I had improved since my 6hrs 59mins in 2014. 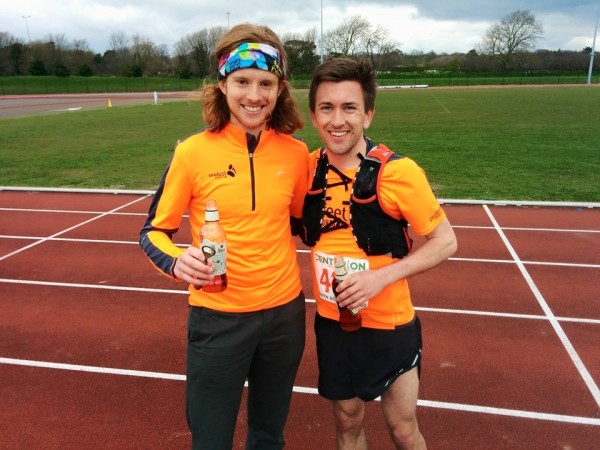 – What are your key training sessions in a typical week, and what sort of mileage do you do?

PB: For someone who always bangs on about consistency, I’m consistently inconsistent. My mileage may be as low as 35, but I usually aim for about 65.

I do usually focus on hills more than once a week which probably makes a big difference. Luckily I love hill training and we’ve got a few of them lying about in Exmoor.

VM: I run about 60-90 miles a week. I’ve been a lot more consistent this year and have not worried about hitting numbers, just running as much as I can handle and fit in.

I don’t obsess too much about sessions but I try and do something fast once or twice a week plus a long run. I mix it up a lot.

I’ve been racing a lot for UCL’s cross-country team so that’s been the main source of my speed work: It’s easier to really push yourself in a race, especially with a team counting on you.

This year I put some faster sessions into my long runs, many of which were along the SDW50 course. By this I mean I would run 26miles but have two tempo-ish efforts of 5 miles within that. 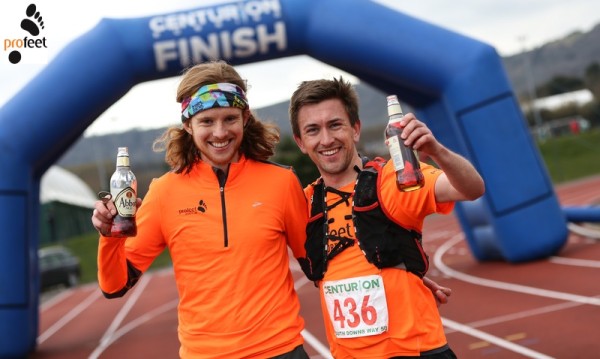 – What other events have you got coming up in the next couple of months?

VM: Next up I’m focussing on my university exams but after that I’m racing the British Athletics Uphill Challenge in Glenridding for European selection on 31 May.  I doubt I’ll be near the top but it’s a great opportunity to get some power in my stride.

After that I’m really looking forward to the super-gnarly Wales V3K Ultra SkyRace that follows the fifteen 3000ft peaks route on 13 June. The route is spectacular and you have to eat vegan on the day. Given that over 90% of the time I have a vegan diet, that sounds ideal.

Later on in the season I hope to race in Europe but I’m still finalising arrangements for that.

PB: So next month is the Conti Lightning 12 hour run on 03 May. I’ve never ran much over 10 hours before so that should be interesting… or horrible!

Then in July I’ve got RTTS which I’m really excited about and if I can find some consistency I’ll hopefully knock an hour off last year’s time.

All the team in the Profeet Run Lab wish both Victor and Pip all the best for the rest of the season!  Keep running strong guys.