Morgan takes on the Race to the Stones 2022

Profeet biomechanist Morgan’s, account of his brush with the formidable Race to the Stones.

Not everyone knows that our staff are all keen sports people themselves. But we like to put our money where our mouth is, as they say, and for the record here’s Profeet biomechanist Morgan’s, account of his brush with the formidable Race to the Stones.

The Threshold Race Series: Race to the Stones

Billed as the UK’s favourite ultramarathon along the UK’s oldest path, the Race to the Stones has been gathering an ever-growing following over the past 10 years. How you do it is your choice, take on 1 of 2 days or both, or if you’ve got the muster, run (or walk) the whole thing in one go. All 100km of it!

Morgan joined Profeet over a year ago after graduating with an MSc in Sports Biomechanics. A natural athlete, he is passionate about fitness (especially powerlifting) and nutrition and plays football. He has also helped coach individual footballers and Jr America’s Cup competitors. So spurred on by his time working at the Profeet Lab, Morgan decided to set himself a goal…

The Race to the Stones (RTTS) experience

I have always wanted to run a marathon, but with my colleagues here at Profeet having run ultramarathons it made me want to push myself even harder.”

Already in good shape, Morgan put in the training, (but perhaps not as much as he would have liked, in retrospect!) It takes time and commitment to go beyond the marathon distance, but busy lives can make this a challenge in itself. The lead-up to the event came about quickly and then he found himself standing on the start line…

I took part as a run/walker – I wanted to run the majority of it, walking most hills etc.”

This is the joy of the RTTS, you can take it at your own pace, and you don’t have to be an elite ‘runner’ per-se, you just need legs and the spirit of endurance (and of course, you need to train up to the distance you’ve entered for, either 50km or 100km).

But back to Morgan:

I attempted the 100km in one day route … however I, unfortunately, ended up having to walk a lot more than intended due to sustaining an injury. The closest thing I’ve done to this before was a marathon in my training, though nothing similar in terms of the event itself.”

We’re loving Morgan’s modesty, especially given that most of us would struggle to complete a half marathon (21.2km), let alone a marathon (42.2km) so I think it’s fair to say to that 88km is pretty impressive. 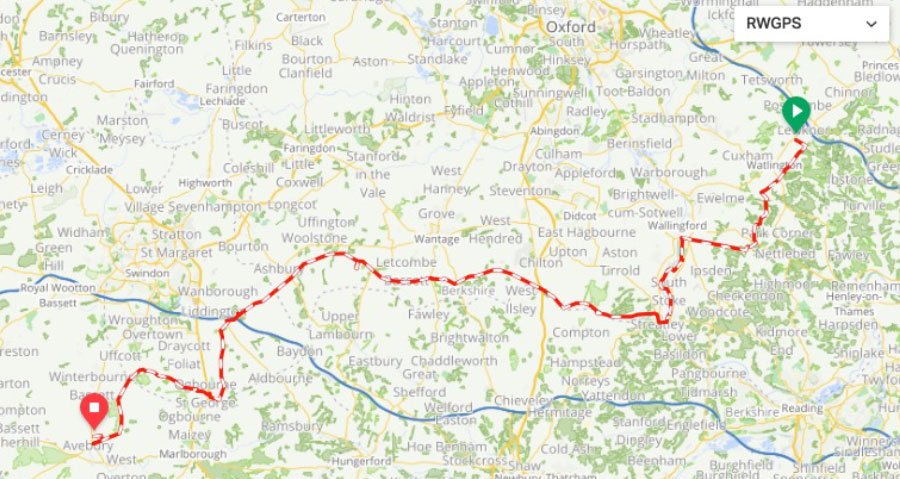 The course was great all things considered. A predominantly flat course it is nice and scenic. The event management was very good! The waypoints were very clear, with good facilities at each checkpoint.”

The atmosphere was amazing! Everybody was very friendly and chatty. It was also a very diverse crowd with a wide variety of ages and experience levels.”

For the record, I was wearing Brooks Defyance 12s along with my trusty Profeet custom insoles!”­

In terms of advice, I would say you should train on hills and uneven surfaces as much as you can so you don’t get a shock to the system come race day. Also, try to speak to a lot of people during the day – not only can they give you great tips, having people to talk to is a great distraction from the arduous task.”

Our congratulations to Morgan, all credit to him, he has shown his mettle and earned his stripes at the Profeet Lab. Even though he didn’t quite hit the 100km, every journey begins with a single step, and the best education is found in the doing of the task, then you can come back stronger.

Still proud of myself for taking part, given a severe lack of training, but now I have more motivation for next time!”

Ready to take on the Threshold Trail Series 2023?

Profeet are partnering up again with Threshold for 2023. All participants receive 15% OFF products and services both in the Profeet Lab and online.