We recently caught up with Profeet team runner, Victor Mound, and asked him about his experience at the Mourne Skyline Trail Race, where he finished 10th: 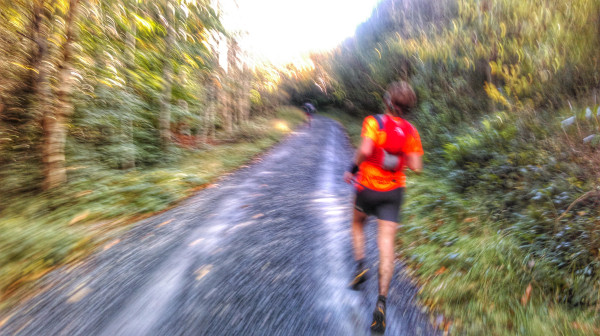 The Mourne Skyline race came off the back of a shambles of a summer with three DNFs in a row, so I wanted a good performance.

I’d come back to training the week before after five weeks of tapering for Ultrapirineu, being out with a back injury and getting a chest infection by enjoying the start of university a little too much!

I took a gamble and threw down a 60mile week with 17,000ft of climbing including a great weekend in Wales with some mates.

This was followed this with a London Colleges League cross country race on the Wednesday before Mourne which reminded me quite how differently running in the mountains conditions the body (it hurt, a lot).

Saturday 8am came around and I set off hard along the promenade to the first climb of the race.

However, after half an hour I knew it wouldn’t be a good day, my hamstrings weren’t firing and although my breathing was comfortable I was lacking power on the climbs.

I made up a bit of time on the descents but lost confidence on the rough grassy sections after falling on my arse a number of times and I slowed down.

Mentally I stopped racing and focussed on getting to the finish without injury, keeping a little in reserve in case a smug faced Richard Ashton came up behind me, forcing a surge to avoid being “Ricked”.

By this stage the weather had cleared up a bit and I could enjoy my first time in the Mourne mountains. I switched back into race mode on the final downhill when I saw I was covering the rocky section faster than the runner ahead.

I overtook him and kept the brakes off. Profeet team mate Paul Navesey saw me two miles from the end and told me the runner in front was 1 minute in front and “hurting”.

This resulted in a mad dash to the finish dropping a 5 minute mile to sneak into the top 10. I managed the 3rd fastest split for the final 7km descent!

I’m very happy to have got the finish. It’s been a far from ideal summer in regards to races but I’ve made a lot of mistakes and hopefully learned from them.

It’s all fuel for the fire to endure a long hard winter getting stronger and faster.