Paul successfully achieved a new world record for the fastest marathon completed in ski boots of 5 hours and 30 minutes on Sunday.

Paul came to us a few months back for a slightly different type of ski boot fit, boots to run the marathon. We were slightly shocked but in awe of his want to achieve and incredible record. The boot he used was a Tecnica Cochise with alpine soles.

He said his other reasoning for taking on this grand challenge was to raise awareness of the two charities which he is fundraising for – the British Paralympic Association and World Orthopaedic Concern. They are two charities which carry out phenomenal work that I want to raise as much money as possible for. 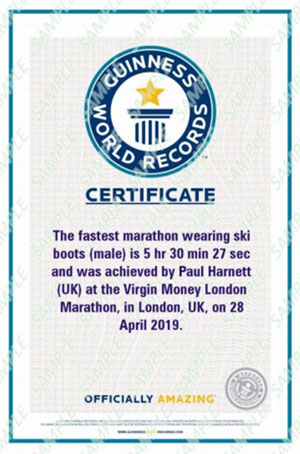 Join us in wishing a huge congratulations to Paul. 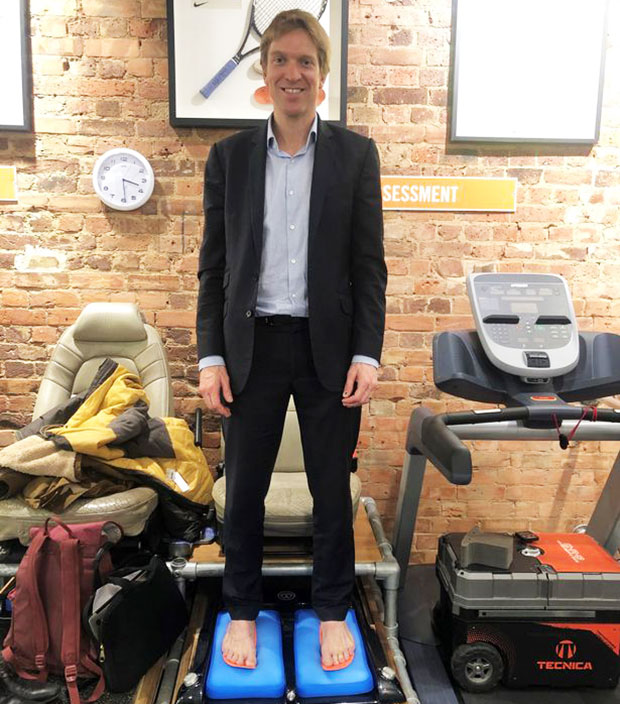 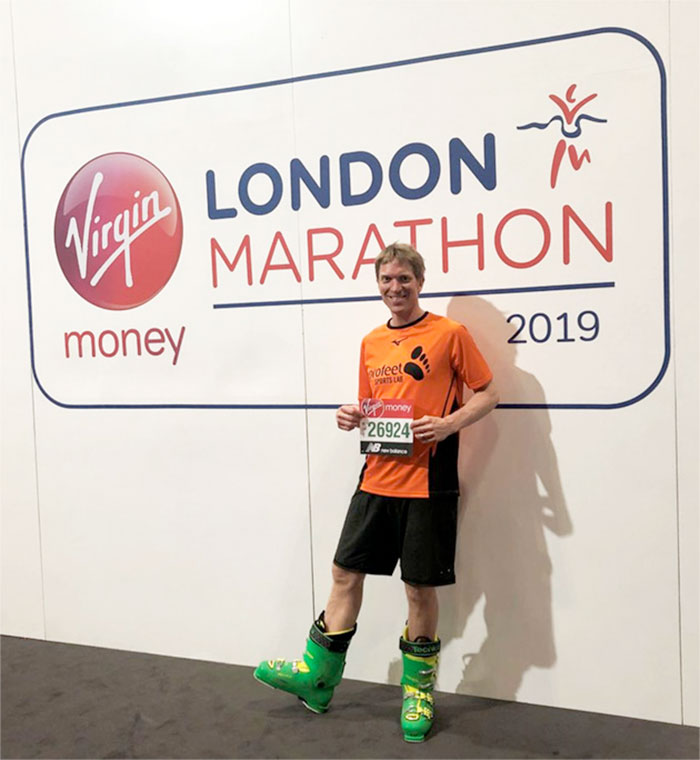