Sarah Ashcroft was a national level hockey player and now represents Great Britain as a long distance triathlete. This year she won gold at the European Long Distance Championships. She credits her success to her Profeet assessment and custom insoles 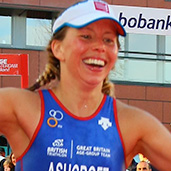 I honestly don’t think I would have been able to complete, let alone be competitive in, these races without my Profeet insoles.”

After many years of playing hockey at a regional and national level, in 2011 I took up running as a new challenge. I entered a couple of half marathons, but never made the start line as the longer distances kept resulting in injury. Eventually, on the recommendation of a friend, I came along to Profeet in Fulham in 2012 for an assessment and custom insoles. I was far from a standard case, as I was born with a club foot and subsequently had two operations to correct this. However, I was left very wonky with different size feet, different length legs, undeveloped muscles in one leg, the list goes on!

Being told by surgeons that I would never be “sporty” or able to run has made me pretty determined (and stubborn!), so after successfully completing a couple of half marathons using my new inner soles (after a fantastic session at Profeet), I decided to give a sprint triathlon a go in 2013. To cut a long story short, I well and truly caught the bug and triathlon has completely changed my life, providing me with new challenges and goals and a fantastic group of new friends.

I have progressed successfully through the distances, racking up a lot of age group and overall successes. I completed my first Ironman at Vichy last year, off the back of which I qualified for the GB age group team.

At the end of a successful 2017 season, I competed in GB kit for the first time in August at the European Long Distance Championships, coming away with the gold medal in my age group (30-34) after running myself in to the lead with a 3.46 marathon. Looking back a few years, I never could have imagined that this would be possible and I honestly don’t think I would have been able to complete, let alone be competitive in, these races without my Profeet custom insoles.

I’m still planning my season next year, but so far have entered the 20 mile race at the Milton Keynes Festival of Running on 11 March, and of course the Manchester marathon on 2 April. After having now run three Ironman marathons, I’m really looking forward to running my first “standalone” marathon without having to swim and cycle beforehand! 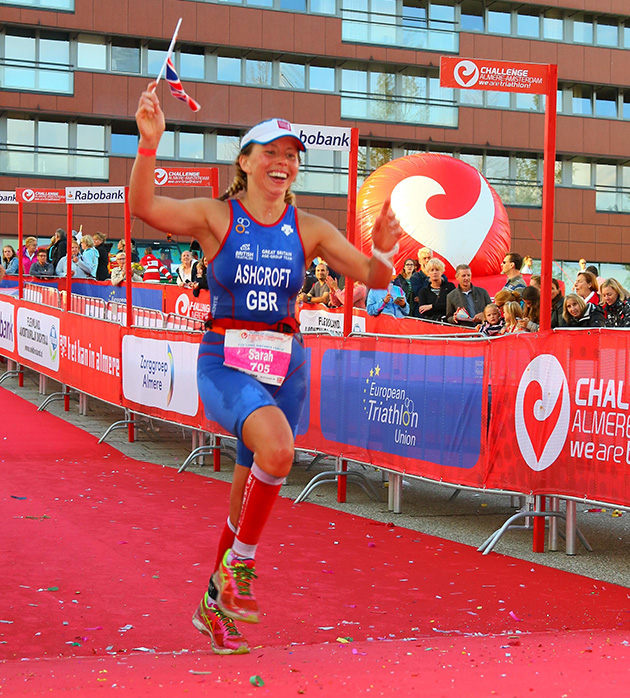 We look forward to continue working with Sarah as an ambassador and help her continue to grow in her successes! Join us in welcoming her to Team Profeet.