A year of highs... but an unexpected finale!

Profeet Ambassador, Iain Martin, is philosophical after a great year ends with anti-climax 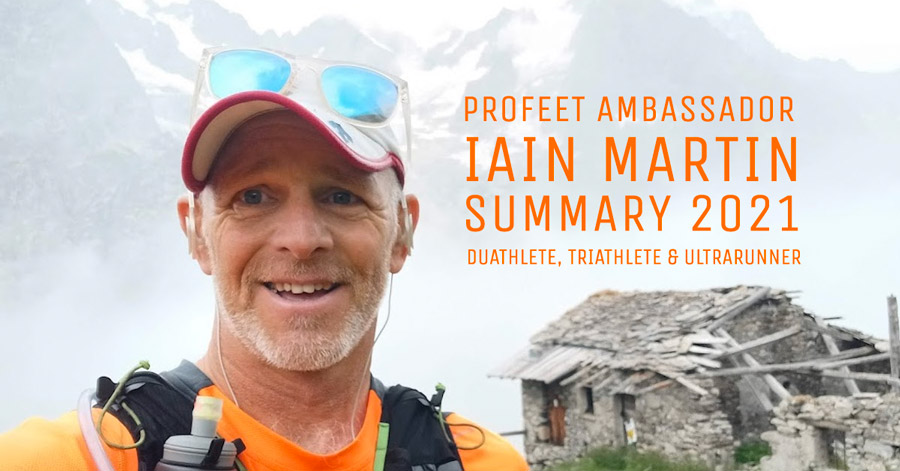 “If you can meet with Triumph and Disaster,
And treat those two impostors just the same…”

When Kipling wrote his famous poem ‘If’, it’s unlikely he was thinking of the world of ultra-marathons and multi-sports. However, his words have been meaningful to me as I come to the end of what has been, overall, a very successful year.

With the lockdowns behind us, my season started in April with a new marathon PB.

Meeting my nemsis!
All of this was part of my build for my ‘A’ race – the UTMB (Ultra Trail du Mont Blanc). When I crossed the line at the end of August in a time of 41 hours 35 minutes, it represented the pinnacle of my ultra-running achievements: a goal that I had been striving towards over a period of five years.

A flat spot…
The Duathlon World Championships in Spain perhaps came slightly too early after the UTMB, but I was hopeful for a good result in my age category.

Unfortunately, it was not to be. After a decent first run leg and a good start to the bike, I noticed my front tyre seemed soft. Within a few minutes it was dead flat. Punctures on tubular tyres are rare and they are notoriously tricky to change, so I wasn’t carrying a spare for a ‘short’ race like this.

Although I pushed my bike back to transition and still completed the second run, it was my first DNF in a duathlon or triathlon in over fifty races since 2013.

It wasn’t really a disaster – there will be other races – and I realise that while I may not be treating ‘those two imposters just the same’, it makes me appreciate those ‘triumphs’ of this year all the more.