The art of fast bowling… 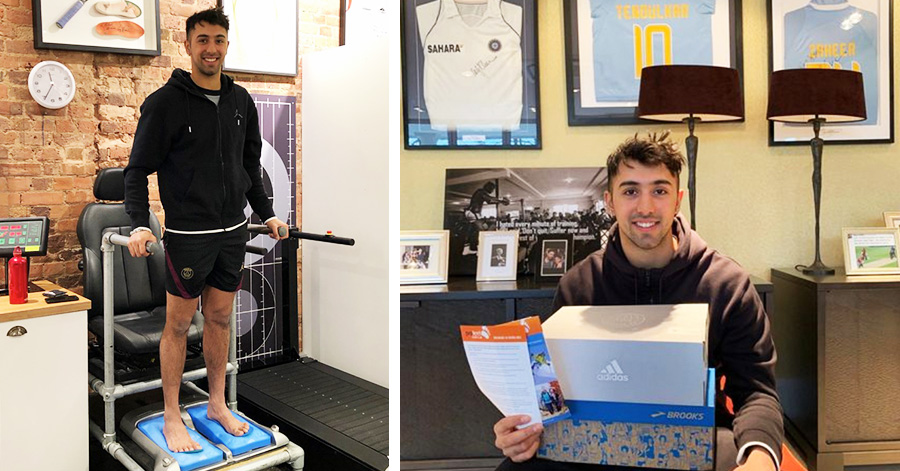 The art of fast bowling is one of sport’s, not just cricket’s, most beautiful sights. In this article Gloucestershire cricket ace, Ajeet Dale, talks to Profeet writer Stuart Appleby.

And while it is joyous to watch a pace bowler run in with bundles of talent, intent and nous, looking to execute plans and deliveries over the course of a match to dismiss batsmen, it shouldn’t be forgotten that the physical discipline of quick bowling is one of the most unnatural movements for the human body, period.

The repetitive action of bowling for long spells can place excessive stresses on the body, affecting areas such as the lower back, sides (abdominal strains), shoulders (mobility and movement) and ankles (sprained or damaged), often causing issues with feet in the process – due to the explosive motion at the point of release of the ball and heavy landing when a bowler follows through to finish their delivery.

There is no doubt that game-changing sports science, coupled with the influx of strength and conditioning support, coaches, physios and advanced recovery mechanisms to keep elite athletes fit and fresh, with the overriding goal of avoiding injury – have all, crucially, become a staple diet for the modern game and cricketer.

But bowlers are always susceptible to wear and tear, which is why every gain – no matter how small – is always welcome.

And Ajeet Dale, a right-arm fast bowler plying his trade with Gloucestershire Cricket, is a fine example of an up-and-coming young talent – he is only 21 – who is focused on doing all he can to achieve his goals and develop his cricketing ability. 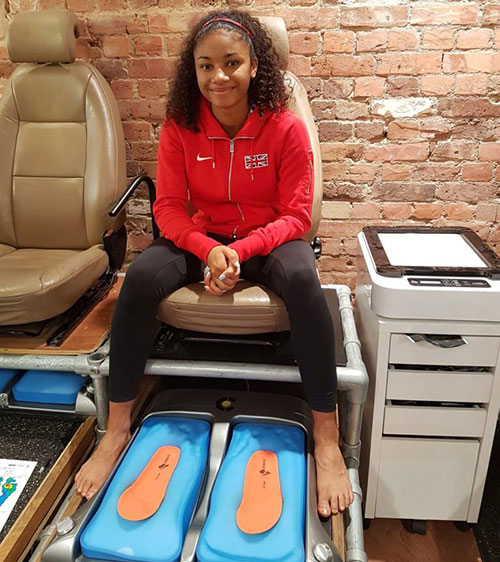 Aj – as he is known among friends, family and team-mates – burst onto the scene, playing for Hampshire in the summer of 2020, before joining Gloucestershire in September of last year.

And, more recently, through his girlfriend – long-time Profeet ambassador and Team GB pole vaulter, Jess Robinson, the young cricketer was introduced to Profeet and its custom fitting footwear.

Jess has been such a big advocate of Profeet for many years and praised the way the brand has helped her solve some of the troublesome foot and ankle issues she has experienced previously,”

said Aj, who was talking to Profeet before a pre-season trip to Dubai, UAE – in which he claimed two wickets.

Fast bowling is very mental and you’ve really got to trust your footwear. Bowlers are so particular about what spikes and insoles they use, and everyone has their own sort of method to deal with the pressure going through their feet.

So, for me, it was a no brainer to visit the Profeet store to get custom-fitting insoles created. The team were really helpful and it’s an awesome set-up there.

The appointment I had with Profeet gave me a lot of confidence – seeing the level of detail they use to mould the insoles – so it has just added another level to it (my bowling).”

The Slough-born bowler, who has four first-class wickets to his name from two matches played, added:

Hopefully this is the start of a healthy and positive relationship. I have that peace of mind now knowing that I’ve got insoles I can trust and I can attack the crease knowing that I don’t have to worry about getting hurt – I can focus on bowling the ball where I want and at a good pace.”

With the start of the English domestic cricket season just around the corner now, Aj feels his game – from a structural, physical and more personal standpoint, is in a good place as his fledgling career begins to really take shape.

Everyone – from my team-mates to the coaches to the staff working at the club – have been really amazing and welcoming, it’s a real family club at Gloucestershire. Living away, having my own place for the first time in Bristol, has also been a new experience.

It has been really good, settling in, and the feeling I’ve got in pre-season is that I’ve spent years with these guys when I’ve only actually been with them since October, November time last year.”

Goal-setting is a natural starting point ahead of what is a long summer of cricket, which runs – across all formats – until late September. And, rightly so, Aj is aiming high and looking forward to the challenges ahead.

It’s always a tough one at the beginning of the season because I always set myself really high expectations, but that can also come with disappointment as it takes some going to get there and in a sport like cricket where you’re not guaranteed results even when you bowl the ball in good areas.

One of my goals is that I want to be a wildcard pick for The Hundred (10-ball cricket tournament). It’s a really tough goal and if I mentioned that to some people they’d probably think I’m crazy but it’s one of those where I’ve seen cricketers in the past who’ve achieved that and they may have not been in the team at the start of the season.

That’s my mindset going into 2022 and I’m going to try to break into the first-team at Gloucester, cement my place and play regular cricket for the first-team – and set myself up for some possible franchise cricket in the winter months. I’m looking to try and do everything I can to achieve my targets.”

Thanks to Stuart, and we wish Aj every success with his cricketing goals and aspirations and we’ll be looking out for him on TV as he plays for Gloucestershire this season.

You can read more about Aj here » www.gloscricket.co.uk 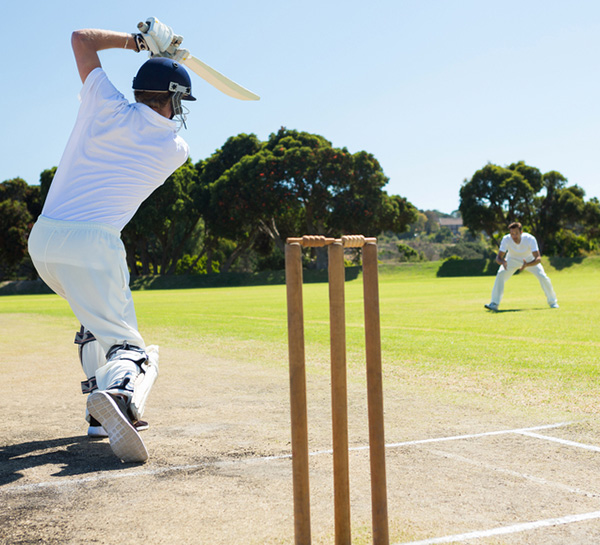 Sports Specific Insoles
Our signature custom-made insoles are a key part of our footwear solution creating a multi-functional, bespoke interface between your feet and your sports shoe whatever your sport.